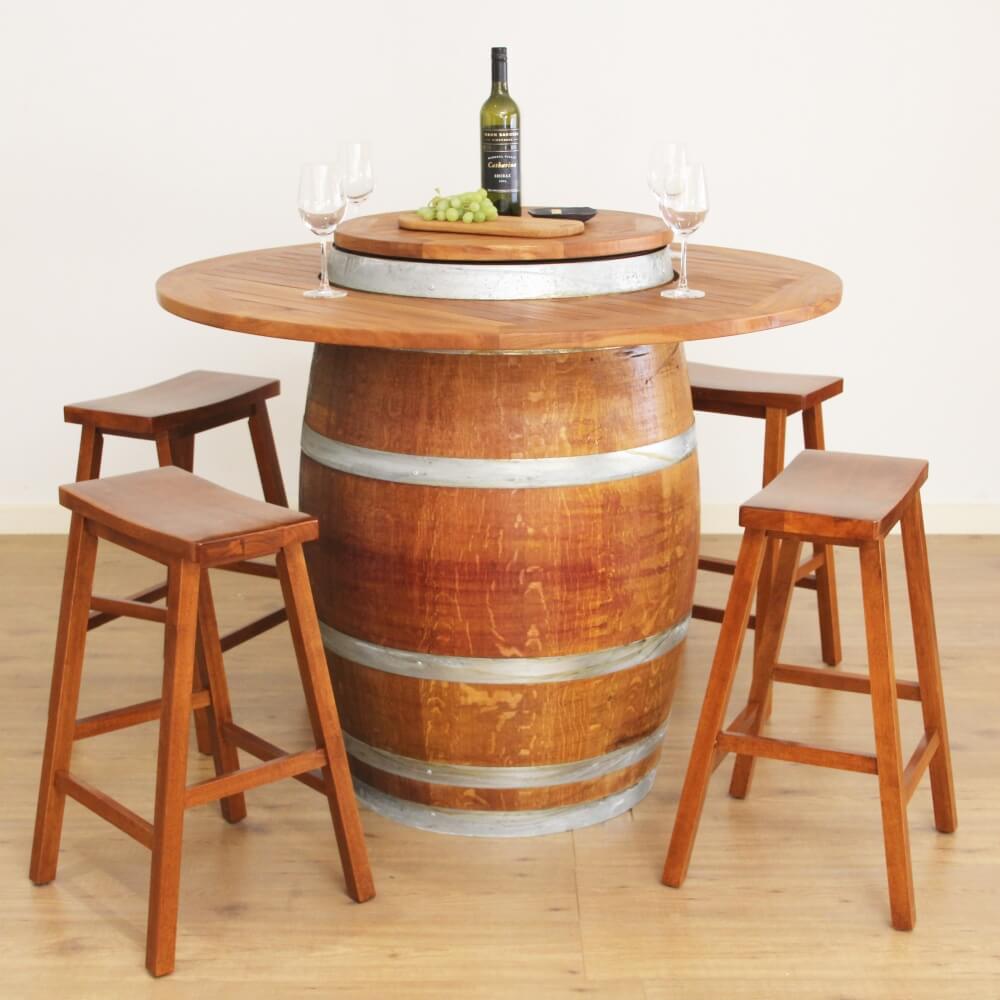 A good oak barrel is an excellent base for a table. But why should a barrel be used for a table base? The answer lies in the process of making wine.

A long time ago the Egyptians, Romans and other people in the Mediterranean used to store their wine in clay amphorae. The clay bottles were easy to close, clay was plentiful and easy to mold. Some people in the area used wood from palm trees to make barrels, but it was difficult to get them to flex into the barrel shape.

As the Romans traveled north, it became more difficult to transport wine for the troops. Wine was safer to drink than water and provided a small amount of food. However, clay amphorae were heavy and fragile. This made them difficult to transport. When Rome invaded Gaul, they met a people who brewed beer in wooden barrels, often made of oak. The oak was easier to process into barrels than palm trees. The wine transport was solved.

After some time it was found that wine aged in oak barrels acquired a softer taste, so it became popular to age wine in oak barrels. Unfortunately, after about eight refills, the barrel would stop giving that lovely oak touch. Some of the barrels may have a second life as containers for the maturation of whiskey, a liquor that benefits from the remains of wine in the oak. But this use will also come to an end. At this point, the barrel could be used to store rainwater or used as something else, such as a planter or table.

There’s something unique about a barrel table. The oak barrels are robust. Some enterprising manufacturers even used the inside of the barrel as a neat little storage space. With a beautifully cut and pivoting door, such a table is very attractive. Some barrels don’t survive the conversion intact, but that doesn’t mean all that beautiful oak is going to waste. The individual staves are ideal as chair legs. The ends make good table tops and stool tops. Oak is a beautiful wood, and oak, which got its first life as a wine barrel, is no exception. 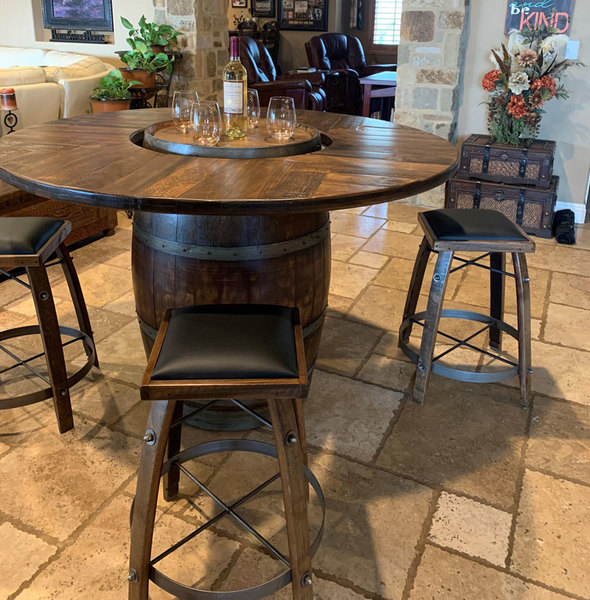