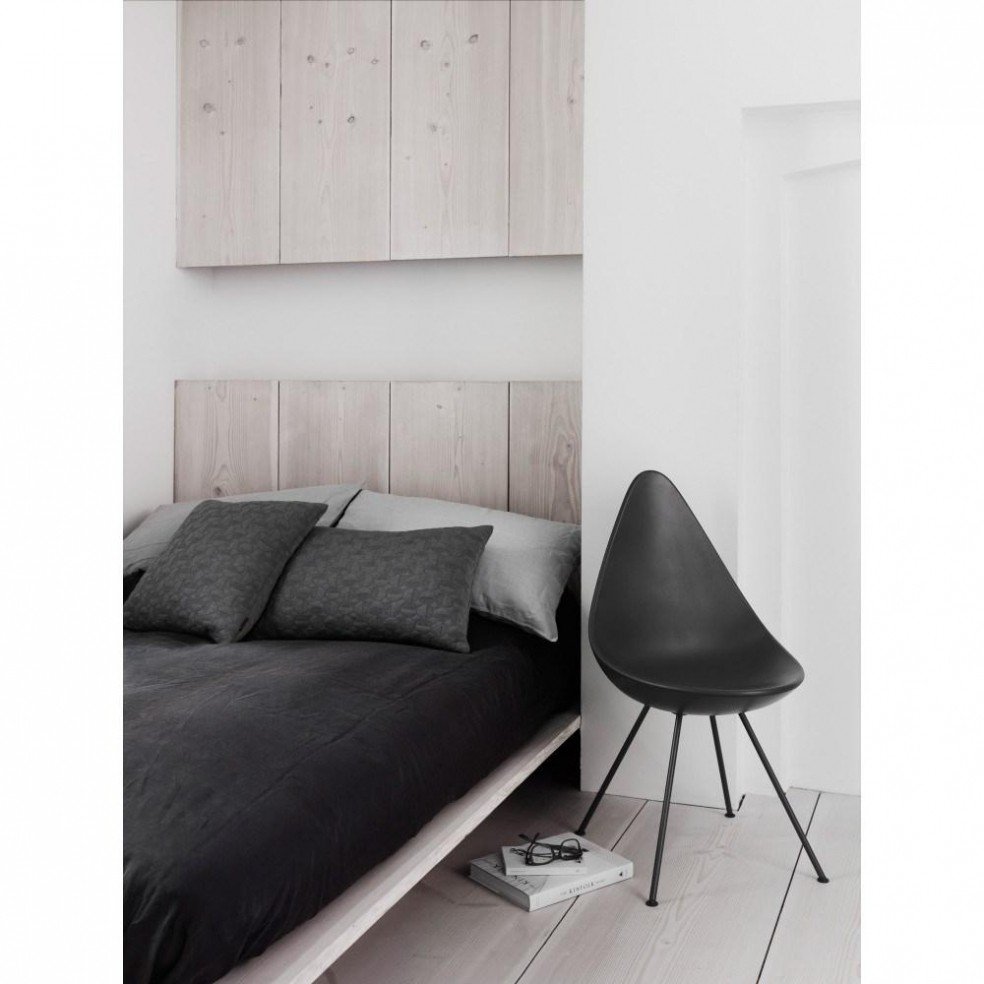 The Drop Chair was designed by Arne Jacobsen – the legendary Finnish modernist and an icon of architecture and design of the 20th century. At least in part due to its unusual design and futuristic appearance, the chair remained just a prototype for more than five decades before it was rediscovered and mass-produced in 2014. This timeless piece of furniture still looks extravagant and fascinating despite its considerable age, which makes it a great, tasteful addition to any modern interior.

The Drop Chair was developed in 1958 together with the Egg Chair and the Swan Chair to furnish the lobby of the Radisson Blu Royal Hotel in Copenhagen. The entire building, along with its interior and furnishings, was designed by Arne Jacobsen for the Scandinavian Airline System (SAS). While working on the hotel’s project, Jacobsen, who had worked as a landscape architect in the past, pursued a “modern garden” theme. The result was an organic, oval shape of the chair that matches the rest of the furniture developed for the hotel. The Drop Chair was produced in a small series that is intended exclusively for the Radisson Blu Royal Hotel. Despite the chair’s undeniable appeal, it was forgotten for more than half a century before it gained enough attention and became commercially available.

The Drop Chair was brought back to life by the furniture company of the Republic of Fritz Hansen and presented to the public again in 2014 at the Salone del Mobile Milano. This Danish manufacturer began working with Arne Jacobsen in 1934. Since then, Jacobsen has provided the company with many memorable furniture designs, including the following: the Ant Chair, the Series 7 Chair, the Grand Prix Chair, the Swan Chair and of course the legendary Egg Chair.

Although many people would certainly get involved in polemics because of the dubious attraction of the SAS hotel, the design of the Drop Chair leaves no room for such a discussion. Its innovative futuristic design, combined with the immaculate quality of craftsmanship, has given the chair a very special place in the history of interior design.

Michael Sheridan, architect, author and Arne Jacobsen expert: “Faced with a synthetic material that lacked any structure or suggested no shape, Jacobsen was inspired by the human shape and the contours of the body (…) He humanized technology and the drop -The chair for the Royal Hotel is a masterful intersection of art and industry. “Indeed, the teardrop-shaped chair has become a landmark in interior design. Although the chair looks like a masterpiece of modern art, it is fully functional and surprisingly comfortable. Perhaps the most distinctive feature of the chair is its teardrop-shaped shell. Hence the name of the chair – “The Drop Chair”. It is made of ABS plastic with nylon reinforcements on the inside. Customers can choose from two versions of the chair.

The plastic version is available in six colors. The more demanding customers can order their drop chairs covered with fabric or supple leather. The upholstered version of the chair is padded with cold cured foam for added comfort. The base consists of four tubular steel legs that are chrome-plated or powder-coated. The powder coating is only available for the plastic version in colors that match the shell. In addition, the legs are equipped with stainless steel and nylon glides at the ends to protect the floor surface. The overall look of the chair is extremely appealing and stylish. It’s very proportional and balanced, and the use of the tubular steel floor makes it look both airy and light.

The chair does not obstruct the room in which it is placed, but improves the perception of spaciousness. Even today, almost six decades after its presentation, when modernity is no longer an extravagant or radical concept, the Drop Chair has neither aged nor become banal. It still looks fresh and contemporary. It is particularly well represented by the chair maker, who promotes the chair with a slogan: “It’s a small chair with a big personality and it’s as fresh and vibrant as a new design but with a rare heritage.” 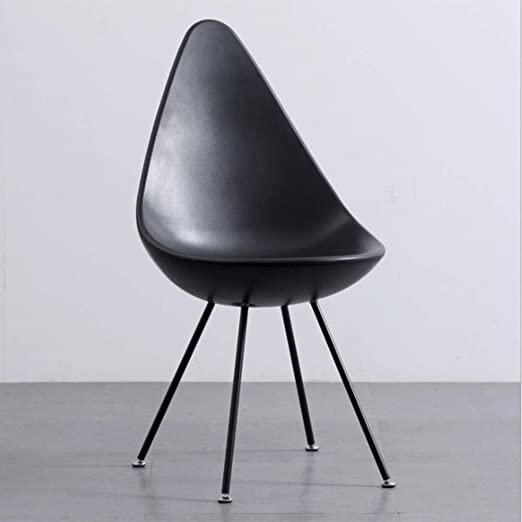 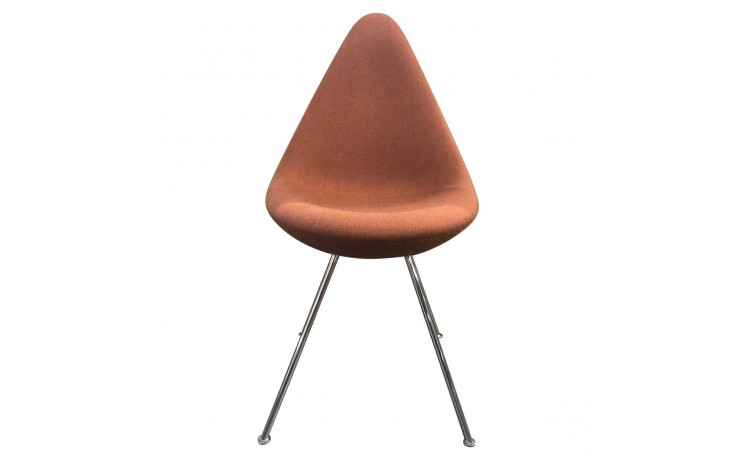 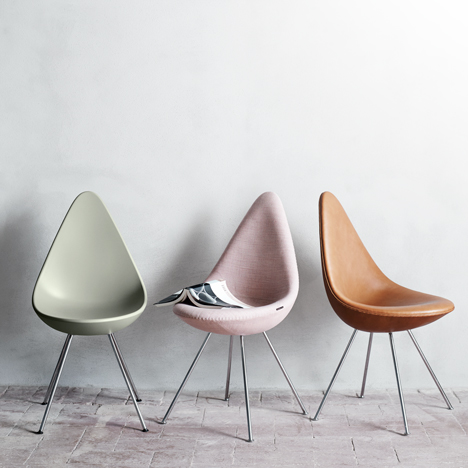 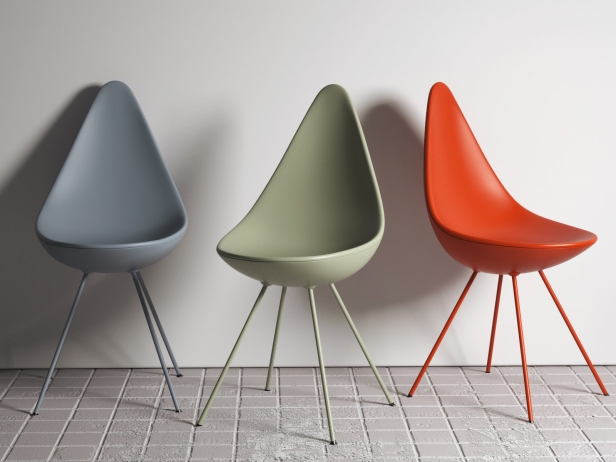 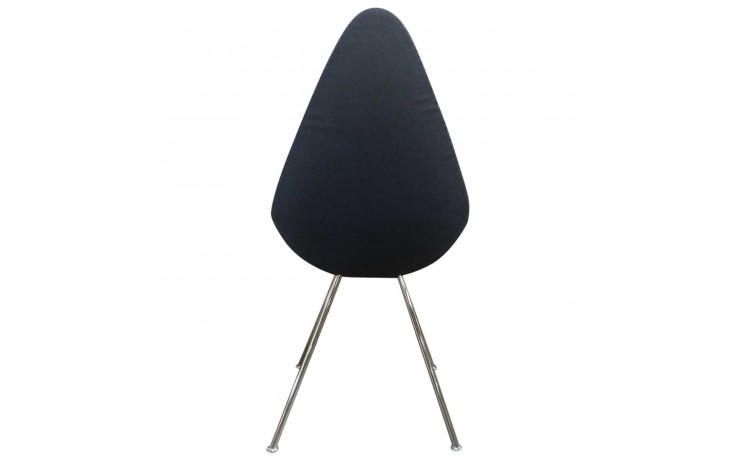 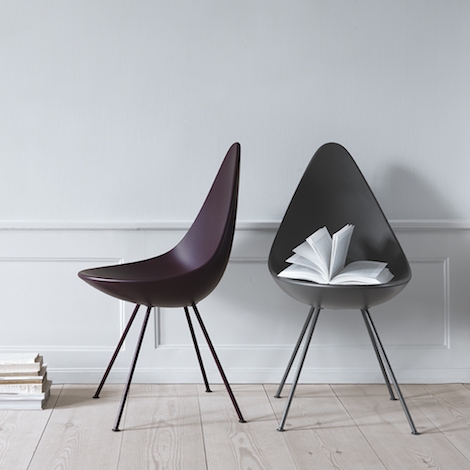 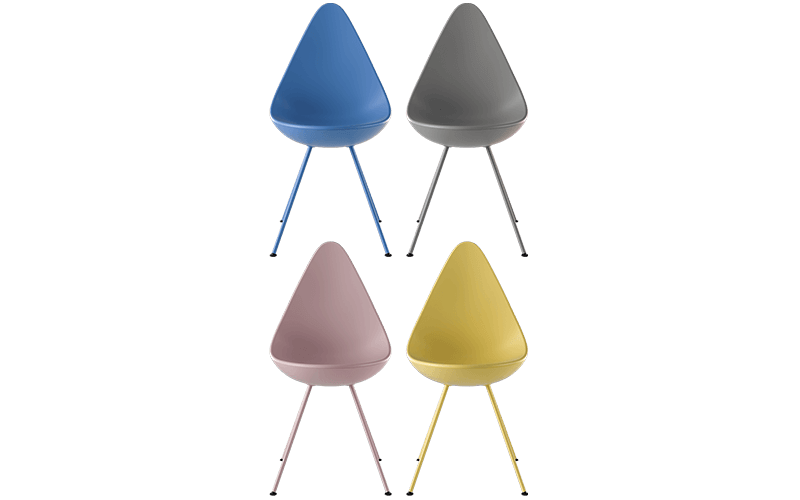 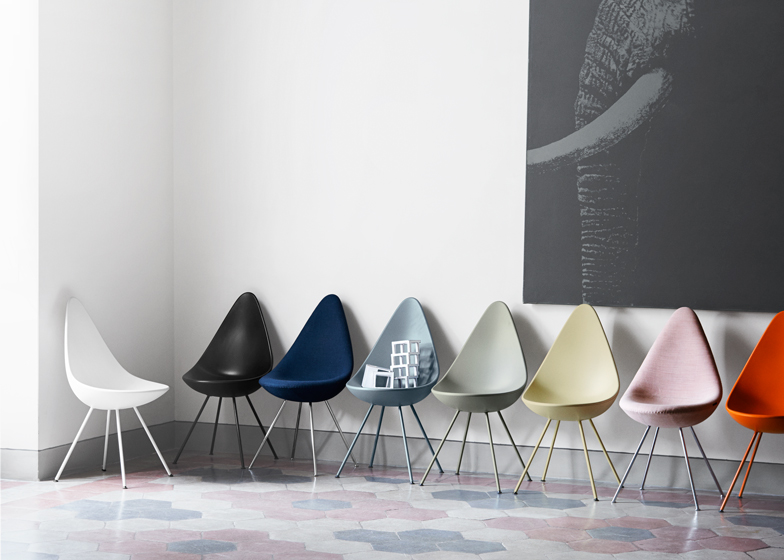