The 111 Navy Chair is the result of the very successful, albeit unusual, collaboration between two companies that at first glance have nothing in common – The Electrical Machine and Equipment Company, a small designer furniture manufacturer from Hanover, Pennsylvania and The Coca-Cola Company, a multi-billion dollar soft drinks company known all over the world. The two companies have teamed up to develop the plastic descendant of Emeco’s most famous product – the legendary 1006 Navy Chair.

Although the beginnings of the famous Ten-O-Six are more than seven decades in the past, its plastic variation only came about a few years ago. The story began in 2006 when Coca-Cola was looking for ways to reuse the plastic bottles used to package its products. An important role in the team-up process between the two companies was played by Paola Antonelli, the senior curator at the Museum of Modern Art in New York, who recommended Emeco as a potential partner because of its reputation as a company that values ​​sustainability and longevity its products, which were vital to the project to protect the natural environment by reducing the amount of waste.

Though the company’s primary purpose may sound relatively simple – to make a chair out of recycled plastic bottles – the research and testing took nearly four years and required the involvement of the world’s largest chemical company – BASF – which helped develop the injection molding technology needed for the plastic rescued from the landfill is suitable. The finished chair, named 111 Navy Chair, premiered at the Milan Furniture Fair in 2010.

When looking at the 111 Navy Chair, its affinity is immediately apparent. The outer appearance of the chair is identical to its famous ancestor – the 1006 Navy Chair, the design of which was forged in the heat of World War II in 1944 by Wilton C. Dinges in response to the US Navy’s demand for lightweight. high strength warship furniture. The main principle of the chair was to survive the heavy, salty environment of the US Navy ships. The design of the chair was not about style or chic. It was about a purpose. It had to take a while. The simplified, clear form, which is primarily determined by its function, is both aesthetic and elegant. The fact that the chair’s design has not changed in more than 70 years of its manufacture is irrefutable proof that the Ten-O-Six is ​​a true icon of American industrial design. The chair consists of 12 aluminum parts, mostly curved profiles with a rectangular cross-section and filleted corners that are welded together. serves as the main structural component of the chair. The seat shell is derriere-shaped to make the chair more comfortable. The external appearance of the chair was passed on unchanged to its sculptural descendants. Although the 111 Navy Chair looks exactly like its robust “Grandpa”, the materials and the manufacturing process for its manufacture are fundamentally different. Instead of rolled and forged aluminum, the 111 Navy Chair is made of rPET (recycled polyethylene terephthalate), which makes up 65% of the chair’s weight. The remaining 35% is the glass fibers that are added to improve structural strength. The chair has a satin finish, which makes the chair less prone to scratches. It is available in 6 different colors: red, grass green, snow, fire gray, charcoal and persimmon. 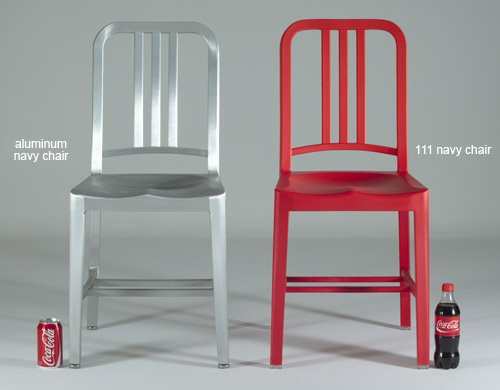 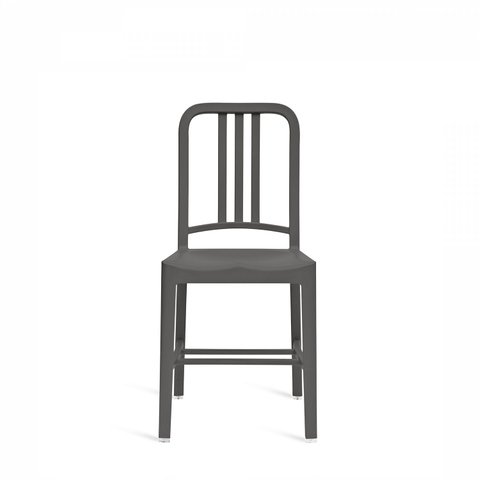 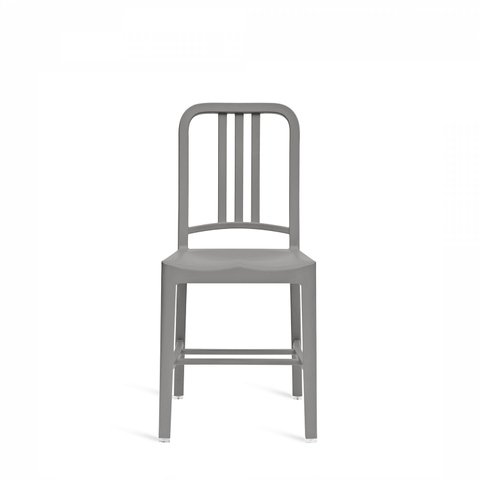 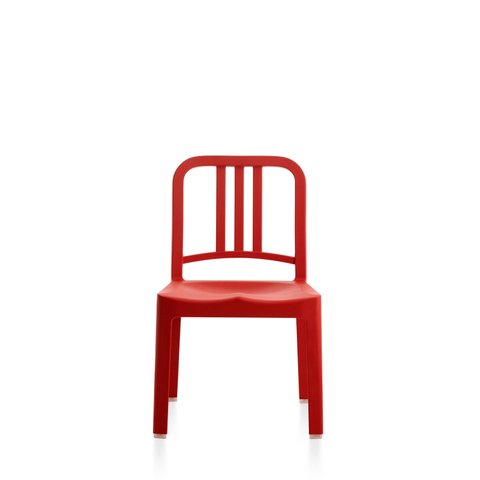 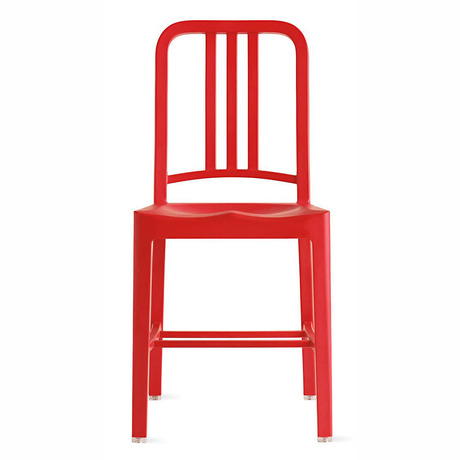 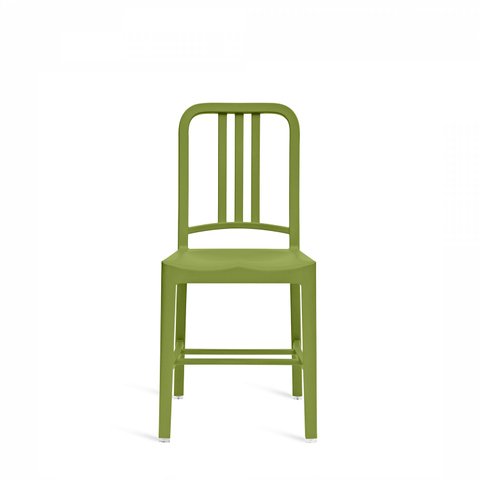